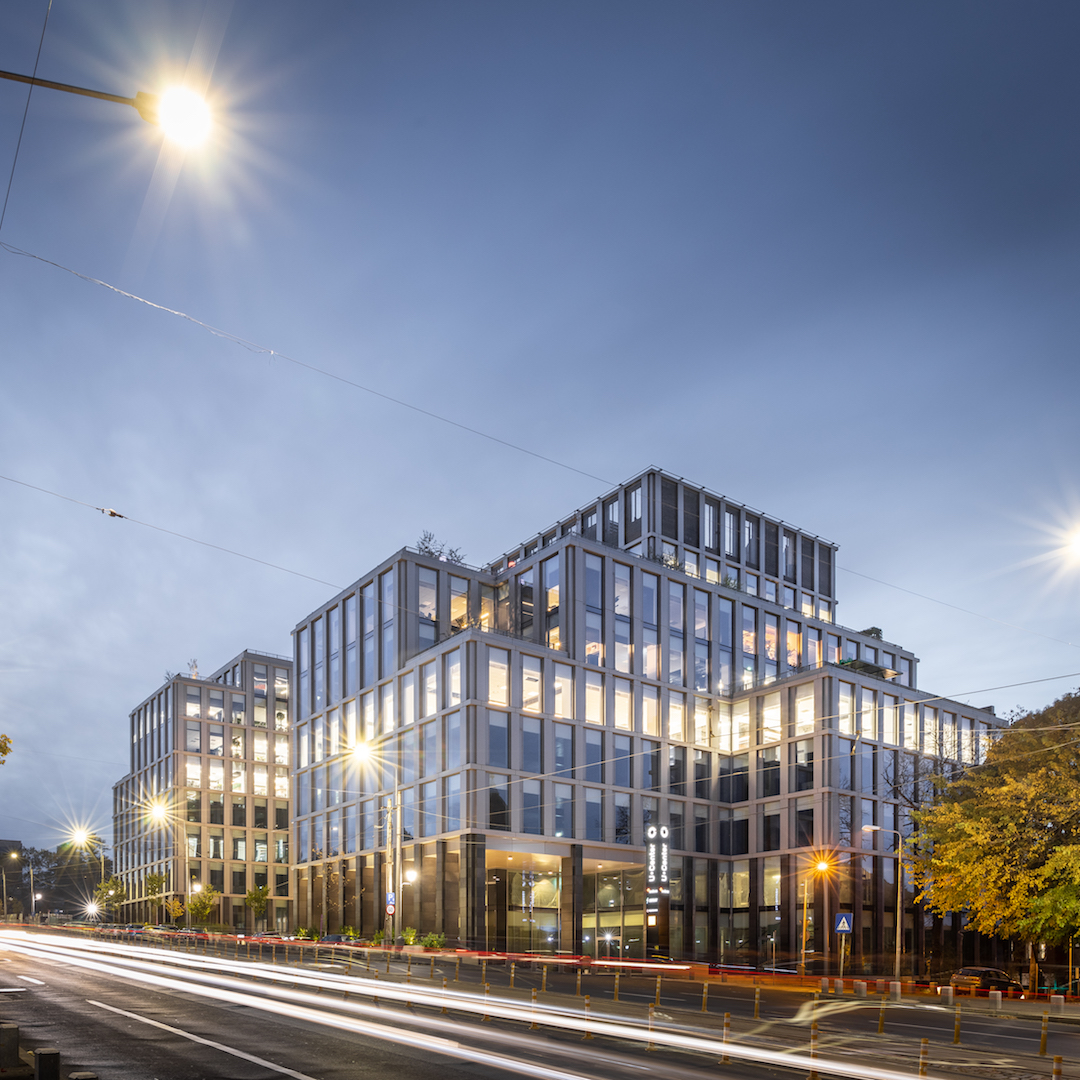 Forte Partners announces the signing of the sale transaction of the first phase of the U•Center office project in the Tineretului area of Bucharest to Pavăl Holding. The office building is 100% leased to companies such as Booking Holdings, Endava, Lensa, Up Romania, BT, Neuroaxis, DCS plus.

”The acquisition of the U•Center project will help us strengthen our position on the office segment and will contribute to the transformation of the Tineretului area, laying the foundations of a new representative office hub for Bucharest. We are happy to conclude, after four years, a new transaction with Forte Partners and to expand our portfolio with another project carefully developed for employees, environment, and community”, said Karina Pavăl, Vice President of Pavăl Holding.

In 2018, Pavăl Holding acquired THE BRIDGE office project, which was under construction at the time, in the largest real estate transaction of that year. After signing the transaction, Forte Partners continued the development of the project until the three phases, with a GLA of 80,000 square meters and tenants such as BCR, UPC, Schlumberger, Medicover, Molson Coors, were completed. Following the very good collaboration in recent years, Pavăl Holding and Forte Partners are currently analyzing the possibility of concluding along-term partnership.

”We are proud that Pavăl Holding chose, for the second time, a project developed by Forte Partners for its expansion on the office segment”, said Geo Mărgescu, co-founder and CEO of Forte Partners.  ”This transaction represents a double validation of Forte Partners' strategy to develop sustainable office projects, designed to ensure well-being and a healthy working environment for the employees of the tenant companies and with care for the local communities. Inaugurated in the third quarter of 2021, in an economic context in which office project developments were still impacted by the COVID-19 pandemic, the first phase of U•Center is today fully leased and has been acquired by a powerful group at its second transaction involving projects in the portfolio developed by Forte Partners.”
‍

Completed in Q3 2021, the first phase of the U•Center office project, with a GLA of almost 33,000 sqm, obtained LEED Platinum certification with a score of 85, one of the highest LEED v4 certifications obtained in Romania, and WELL Health &Safety, which certifies the sanitary safety of the building. Construction works on the second phase of the project were started in H2  2021 and will be finalized in Q3 2023. The two phases of U•Center have a GLA of 66,000 square meters, including a retail component on the ground floors.