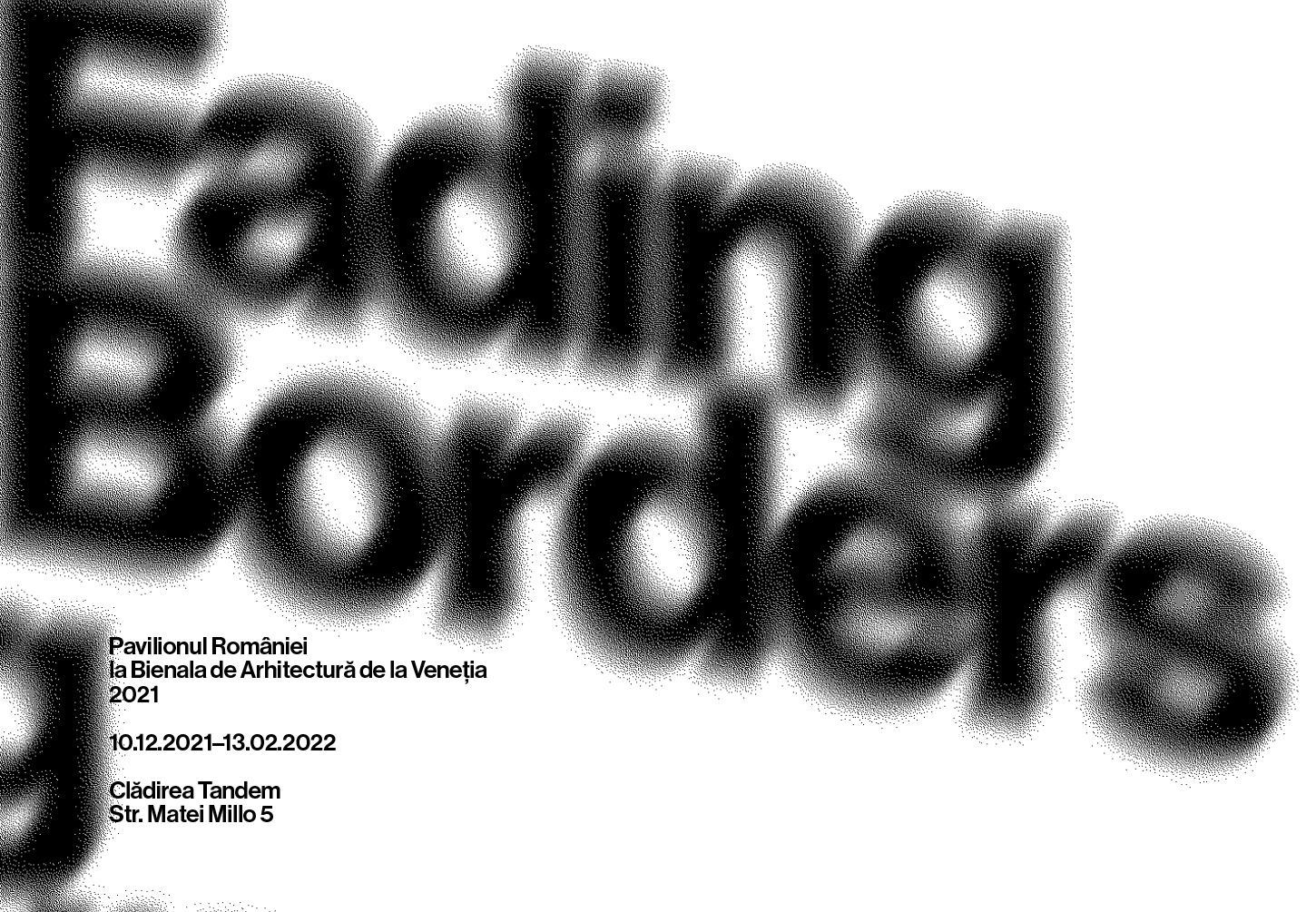 Fading Borders, the project Romania presented at the Venice Biennale, goes on display between December 10th and February 13th at the Tandem Offices building in Bucharest.

The theme launched by Hashim Sarkis for the Biennale’s 17th edition was „How will we live together?”. Romanian’s team decided to approach the relationship between the phenomenon of migration, architecture and the city. According to the latest statistics made by OECD, more that 4 million Romanians people live abroad the country. In 2020, 192.631 Romanians left the country according to the National Statistics Institute (INS), migration being the second main cause of the country's shrinking population.

„This year, the Venice Biennale had around 300.000 visitors, so we are delighted we had the opportunity to showcase the phenomenon of migration we are facing globally but also the way it impacts our country. Fading Borders is a polyvalent project, showcasing complex phenomenon such as migration, human relationship and their economic impact, all through the lens of architecture. It is a multidisciplinary approach which is the basis of the International exhibition from Venice and we are happy to showcase it to the Romanian public. Furthermore we are grateful to have UniCredit Bank and Forte Partners as partners, which made possible bringing the Fading Borders to Bucharest”. Architect Irina Meliță said.

Having the migration phenomenon and how it will impact the future forms of living as a starting point, the architects team of POSTER designed the Fading Borders project. This project documents the reality of migration phenomenon based on „PLECAT” and „Shrinking Cities in Romania“, two complementary research projects. These approach the over-migration problem from two different points of view.

„PLECAT” - the journalistic project of TELELEU team (Elena Stancu and Cosmin Bumbuț). The project analyses Romanian emigrants and the complex phenomenon of their cohabitation and the way they live in various communities in Europe. The  project documents the challenges on the first side and the opportunities arisen for them when are leaving the country, or stories about a new life and the communities they build outside Romania's borders.

„Shrinking Cities in Romania” - Is a research made by the Ideila GRAM team, which is still ongoing. The project is based on a result of a research started in 2009 on the decline and contraction o fRomanian cities regarded as a large-scale phenomenon, but also as a driving force of modernisation and innovation. Small touristic and historical towns, big and small industrial cities, agricultural cities, or even ports on the Danube are facing various form of decline.

The Fading Borders project will be presented between December 10 and February 13 at the Tandem Offices building in Bucharest, on Friday, Saturday and Sunday.

The 17th International Architecture Exhibition of the Venice Biennale ended on November 21 with a total 289.600 visitors and 6.000 international journalists who participated on both days of the preview. The young people under 26 represented 32% of all participants and 114 architects from 63 countries. Romania had 2 exhibitions spaces, one in the Pavilion in Giardini della Biennale owned since 1938 and the second space at the Romanian Institute of Culture and Humanistic Research in Venice.